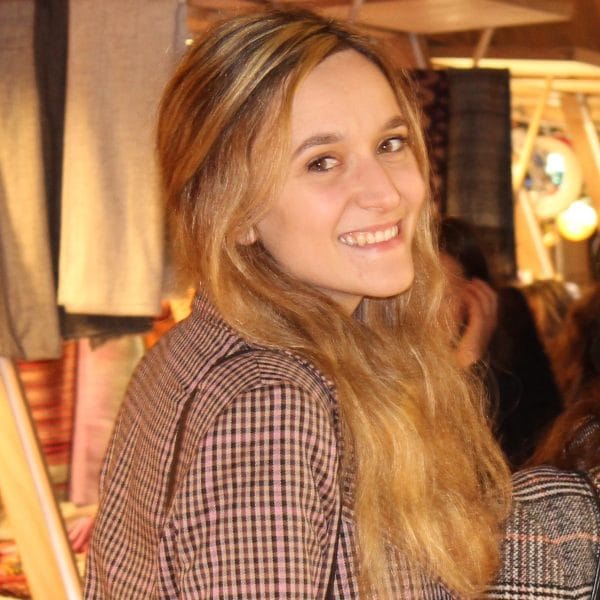 “Do not count women: make women count!”: How to pursue a successful career in politics

Arianna is 23 years old and she is the lead of Roadto50%, a European project for gender balance.

Her passion for politics, the European Union and international relations led her to graduate in Political, Social and International Sciences – International Relations in 2019 at the Alma Mater Studiorum in Bologna and to decide to pursue her studies with a Master Degree in Global Studies at LUISS Guido Carli University of Rome.

She has been selected for various Schools of Politics (Fondazione De Gasperi’s Eu People, Fino a Prova Contraria’s The Young Hope and AESI’s European Seminars Preparatory for the International Career) while also getting involved in the pan-European Volt party’s activities, initially only on a local level. Driven by a strong interest in European Union’s Foreign Policy and n Human Rights, she joined Volt’s EU Reform group to raise awareness among citizens before the start of the Conference on the Future of Europe.

That’s where she realizes what she had already experienced during her high school years as the first and only female representative: in international circles and in decision-making places, women are a rarity.

Hoping to make women politicians the rule, not the exception, in March 2020 she founded Roadto50% with a group of activists – men, women and non-binary people who work to achieve gender balance in politics and in society. Thanks to the passionate work of the volunteers, soon the Team begins to network with movements, associations and parties in Italy and Europe. In a few weeks time, the initiative organizes online events, surveys, interviews and joins at the first Festival delle Pari Opportunità with other important guests.

In January 2021 the first free Training Path debuted, featuring teachers and experts and open to everyone. Because accessible training is the key to gender revolution!