In heaven an angel is nobody in particular: Angels4Women Case Study

Through her years as a manager in fashion and luxury, Annamaria Tartaglia has always wondered what was the right way to promote the talent, creativity and courage of those who were willing to risk for a project’s sake.

That’s why she later became an “angel” by chance, investing in projects in which she believed both on a human and professional level. Later she joined the world of angel investing, a place where few women can be found and where there is a great space for women’s businesses growth and development.

In her talk, Annamaria will talk about Angels4Women, an association that promotes female talent in order to create a new model of sustainable and shared economy. 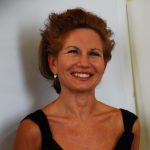